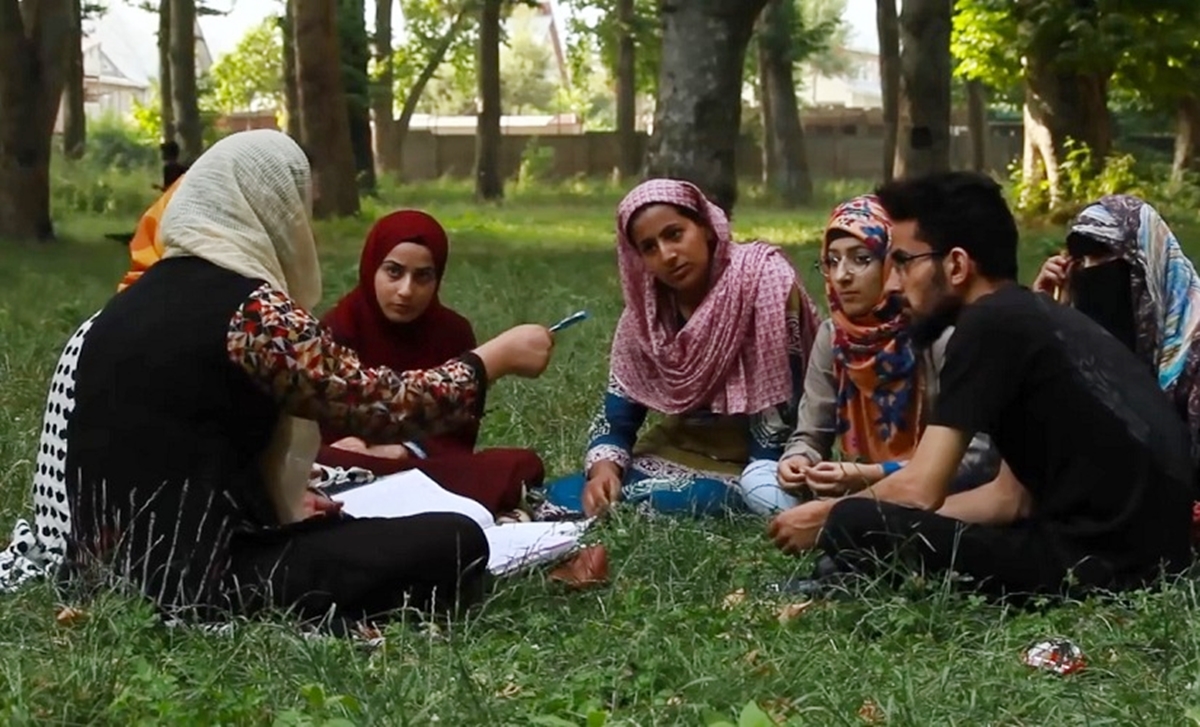 Ongoing political turmoil has worsened the situation of unemployment in Kashmir, among other factors. According to the Center for Monitoring Indian Economy, Kashmir has second worst unemployment rate in the country. With working days being reduced to almost nil every year due to hartals, curfews, crackdowns, and unending protests, the educated Kashmiri youth has found it more difficult than ever to secure a job that pays.

Education and employment have suffered huge backlashes because of uncertain political conditions in the Valley. People yearn for security. Having more than what you can spend, living in one space but owning several, being masters of your little habitat, is what everyone tends to achieve. The building block of this kind of security starts with marriage. And more often than not, marriage begins with its own kind of security deposit – employment.

A study conducted by the Department of Sociology of Kashmir University shows that the percentage of unmarried population in the state is 55, which is higher then the country’s average rate which is 49.5 percent. Kashmir valley, nestled within which is the Kashmiri society, has its own view on the relationship between employment and marriage. What employment means here is a secure government job, of any cadre, respect, or pay grade. Nothing else matters as long as the term ‘government’ is prefixed to what you do.

It may come as a surprise to most that, ironically, that the valley lacks government jobs per capita of the population. According to a Firstpost report, there are 2,50,000 youth grappling with unemployment in Kashmir. Many well-educated youths are harrowed just because the government is indifferent to its concerns. It disavows a dearth of job opportunities to whoever comes to the porch.

Social Implications of Finding a Job

Conventionally, one of the most important grounds for finding jobs in your youth is believed to be to get married, start a family, and contribute to this society that has been raising you. But unemployed educated individuals don’t get to start anything. According to a research conducted by University of Kashmir in 2009, the late marriage phenomena is increasing in Kashmir due to poverty and prevailing conflict. The society starts demanding more than they can churn out from life. It starts demanding dowry or a respectable government job. Our region is desperately in need of proper employment opportunities for its highly educated youth. However, nobody understands this when looking for perfect matches for their children.

Mehr and the Jobless Groom

A Kashmiri middleman visiting a potential suitor always mentions, without delay, that one can only be associated with a reputed family by gifting a hefty sum as mehr (the Islamic gift ordained for the bride).

Although Islamic scriptures have never mentioned that mehr should be out of the limits of the groom to pay, now, when he is almost jobless, our society doesn’t make way for him. Instead, the poor man is burdened with the task of arranging something he can’t possibly achieve within a short period of time.

Some Kashmiris make it a point to discuss these issues at important functions or social gatherings. There is gossip, tall tales are formulated, there is finger-pointing, or avoiding the downtrodden families – both children and elders. Social disparity is even seen at religious places, where according to Islamic rules, mistreatment shouldn’t even be thought of. It is true not just regarding sacred places but all other areas as well. But who cares?

Leaving the whole idea of finding a ‘proper’ job in Kashmir aside, some youth start pursuing business, a small company, or work with private organisations. Some may even migrate to other parts of India to escape unemployment in Kashmir. Some travel abroad for finding work – depending on family income, feasibility, and level of desperation. If and when these youth find jobs and are able to pursue their dreams or work to be able to start a family, the Kashmiri society watches like a hawk, recording their every move. In a moment, it disregards everything young people have built, achieved, and fought for, in the holy name of this elusive ‘government job’.

Thus, the idea of a promising matrimony hangs in the air, dense and dark, without any future. What it results in is a young community torn between being alone and being the right kind of ‘proper’.

A young educational entrepreneur from Srinagar, who started his business from scratch, spoke about financial difficulties faced from the past 6 years. “In our region where uncertainty looms close by, it is becoming increasingly difficult to sustain any business. To add fuel to fire, our government and associated institutions are unable to provide sufficient and easy loans. Our center suffered huge losses in 2020, due to the COVID-19 pandemic, and the year before when Article 370 was abrogated. We are still struggling. This may eventually result in loss of confidence in our work while drastically affecting everyone who is dependent on us”, they said.

Another entrepreneur, Shabir Ahmad, who had been running a boarding school for quite some time now, was forced to shut down the institution. And, unfortunately, put it on sale. While sharing this he said, “There was nothing left to be done. We tried but couldn’t save our school. I couldn’t bear to see my family suffer.”

What should the youth do now?

Tortured mentally and emotionally, they contemplate leaving everything – their family and people. This causes them even more stress and decreases work efficiency. In this hullabaloo, the desirable age limit of marriage is sporadically lost. Such young enthusiastic individuals suffer at the hands of their society – which practices nepotism, disregards worthy, wastes talent, and impedes ideas. All to cloak the evil they gave birth to.

Unemployment is raking our fertile fields. Bright young minds full of inspiration have been bulldozed into believing that they are ‘supposedly worthless’. Why? Just because they didn’t get to own a job that said government!

Our youth suffer at the hands of state, authorities, then at the hands of their society, family, and finally themselves. Psychologists have reported an increase in the number of mental illnesses that affect young people in Kashmir. Heart problems, especially heart attacks in our young population, are on the rise. Cases of cybercrime and immorality have, too, seen an unholy increase. State policies should be implemented to ensure employment to youths of Kashmir on the urgent basis.

What Is The Link Between Economic Policies And Women’s Rights?

Being Childless By Choice | Mum’s The Word

News fii-author - February 11, 2021 2
Nodeep Kaur is a young, Dalit, labour rights activist, who is in prison and experiencing torture for merely raising her voice against injustices.

Calling Out The Toxic ‘Khatti’ & Rape Culture In Odisha

Body fii-author and japleen - January 7, 2021 1
Odisha ranked 2nd in the number of crimes against women in 2017 and 4th in 2018, according to the annual report by the National Crime Records Bureau (NCRB). Cases include cruelty by husband, kidnapping, rape and dowry-related deaths.

Book Review: Why I Am Not A Hindu Woman By Wandana Sonalkar

Books guest - February 16, 2021 0
The book 'Why I am not a Hindu woman' discusses how misogyny and the resultant violence against women are an inherent part of Hindutva.