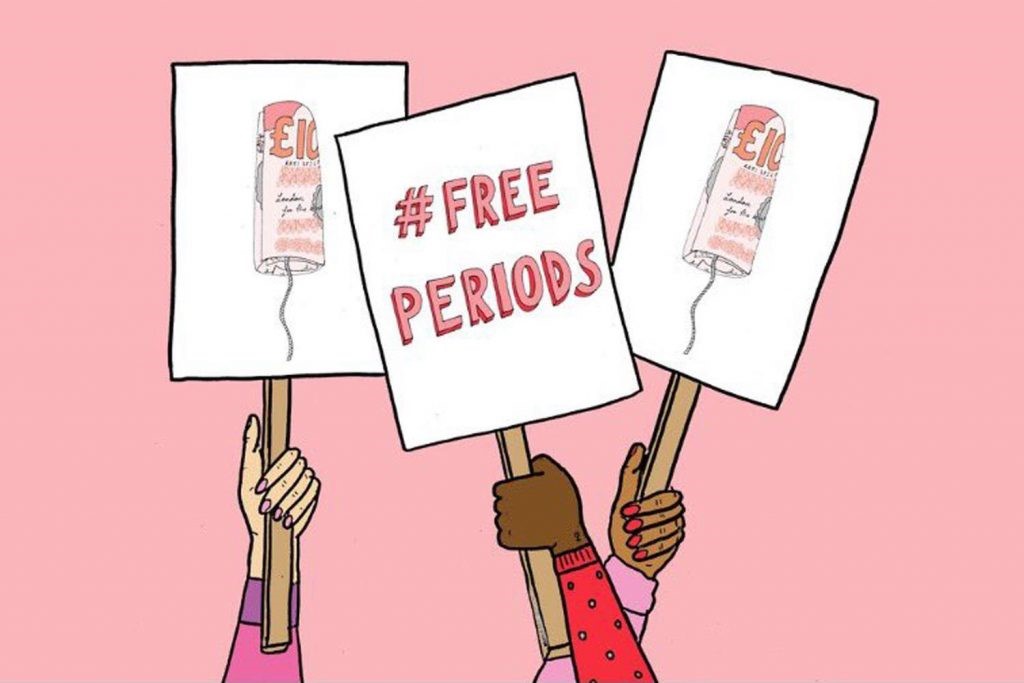 On February 18, 2021, New Zealand added one more feather to the hat that is its governance when Prime Minister Jacinda Ardern proclaimed to stock all schools with free access to sanitary products from June 2021. Citing a report which asserts that 1 in 12 adolescent people is missing school due to this issue, Ardern’s government aims at stamping out period poverty in the country through this initiative. ‘Period poverty’ is the expression used when there is a dearth of sanitary products due to monetary constraints and that in turn could negatively influence education, health, or employment.

“We want to see improved engagement, learning and behavior, fewer young people missing school because of their period, and reduced financial hardship amongst families of participating students. Providing free period products at school is one way the government can directly address poverty, help increase school attendance, and make a positive impact on children’s well-being,” Jacinda Ardern, a global icon and a champion for women’s rights, stated in a declaration.

Period poverty is a concern that women in both impoverished and progressed states continue to confront in different measures. Women from the lower rungs of society, often unable to afford fitting sanitary products, resort to toilet papers, clothes, newspaper, and whatever they can get their hands on, even in flourishing western countries. This consequently affects their self-respect and pave the way for urogenital infections, keeping girls away from getting basic human rights such as education.

Last year, Scotland became a trailblazer in how it made sanitary products free after unanimously passing the ‘period product free provision Scotland bill’ in the parliament. The bill proposed that the officials would have the statutory responsibility to ensure items such as tampons and sanitary pads are available without charge to anyone who requires them.

Since 2018, these products were available in school but the legislature went one step further with tampons and pads now being available free in all public places. “Menstruation is normal. Free universal access to tampons, pads, and reusable options should be normal too. Period dignity for all isn’t radical or extreme. It’s simply the right thing to do.“, said Monica Lennon, a Scottish Parliamentarian who headed a years-long campaign to build support for the proposal. The benchmark was then set for the rest of the world to meet.

Many other countries are also operating towards addressing period inequity. In January this year, Britain said it would abolish the 5 percent Value Added Tax on female sanitary products in its endeavor to end period poverty. According to the BBC, the European Union (EU) itself has been in the process of repealing the tax on period products. However, there is no VAT on such products in the Republic of Ireland.

Also read: Sanitary Napkin Ads In India Are Really Problematic. Here Is Why

Periods are not a luxury and so products should not be burdened at a higher rate. Germany lowered the tax rate on tampons and sanitary pads from 19% to 7%, at the beginning of 2020. France, Spain, Poland, and Austria have also dropped sales tax on sanitary items. Kenya, a lower-middle income economy African country with 36.1% (2015/2016) of its people living below the international poverty line, removed the VAT on sanitary pads and tampons way back in 2004 to make them more affordable. The Kenyan government has been budgeting to run a program to distribute free sanitary pads in schools in low-income societies.

Poor menstrual sanitation is not confined to poor countries. With a high expense of living, many people in developed countries also simply cannot afford sanitary items and end up absorbing their blood with poor replacements such as newspapers, toilet rolls, or rags. At least 30 American states still have some taxes imposed on menstrual products. As per a report by the New York Times, up to 20,000, New Zealand students were at risk of not being able to afford sanitary products.

The condition is worse in Venezuela, where the expense of one package of sanitary towels can surpass 25% of a month’s wages for those earning the meagerest salary. If we glance at Nepal, where the Supreme Court held the custom of chhaupadi, a social practice that comprises forcing a menstruating woman to live in a hut for those “inevitable” days of the months, to be illegal in 2005, many women are still practicing it and risking their lives in the name of tradition.

India scrapped its 12% tax on female hygiene products in 2018. However, the majority of menstruating females in India are still considerably reliant on precarious alternatives like remnants, rags, grass, and ash. Girls demand to live a life of dignity as is being provided by the constitution of India.

Menstrual health is still regarded as a taboo subject in many countries. The disgrace of menses and menstrual sanitation is the demolition of several human rights, most evidently of the right to human dignity. Tax reduction is just the primary measure towards diluting the shame and taboos. Sanitary products should not be a privilege for just a few women.

Society needs to acknowledge that the products for ‘those days of the month’ aren’t elective for menstruating women. While authorities take the great initial step of giving accessible products, schools also need to educate students about menstruation in a more effective way. Nelson Mandela has rightly said that “Education is the most powerful weapon which you can use to change the world.” Surely, education is the key to eradicate all the problems- including period poverty.

Stuti Upadhyay is an adventurer looking for treasure. She believes that the education is the key to root out every problem prevalent in the society. Hence, she endeavours to create awareness about various issues related to women, among masses. You can find her on Linkedin and Twitter.

Ever Heard About The Orgasm Gap?

‘I Have No Childhood Memories That I Cherish’: Experiencing Neglect In An Abusive Family

Family guest - February 9, 2021 2
An eighteen-year-old, while coming out of childhood trauma, desperately trying to make sense of the world around her, and drowning herself in coffee and curated playlists to make her days bearable.

Calling Out The Toxic ‘Khatti’ & Rape Culture In Odisha

Body fii-author and japleen - January 7, 2021 1
Odisha ranked 2nd in the number of crimes against women in 2017 and 4th in 2018, according to the annual report by the National Crime Records Bureau (NCRB). Cases include cruelty by husband, kidnapping, rape and dowry-related deaths.

Sexual Harassment In The Workplace Is As Much About Power As It Is About...

Gender guest - January 13, 2021 0
Many people argue the sexual harassment in the workplace is a matter of sex discrimination. But in reality, it is more about power rather than people's 'sex'.