Home Gender What Are The Ways In Which Global Economic Policies Affect Local Gender... 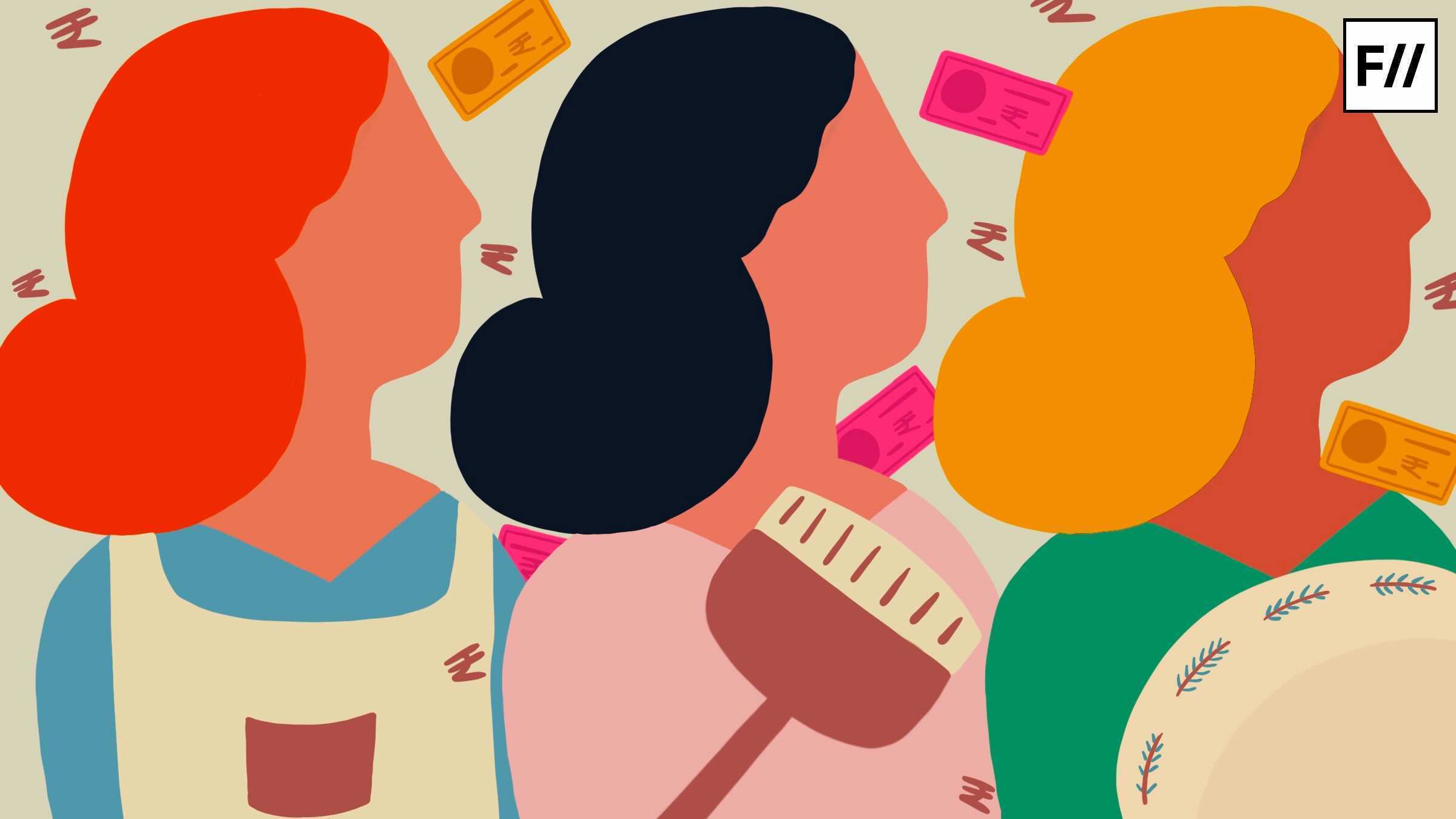 Editor’s Note: This article is a part of FII and ActionAid India’s joint digital media campaign ‘Linking the Global to The Local’. Throughout this collaboration, FII and ActionAid India will be focusing on how international financial institutions can impact public services and young women’s rights and how we can create change. If you’re a woman or belong to a gender-minority and want to share with us how Gender Responsive Public Servives have impacted you and your community members, we encourage you to share your experiences with us. Be vigilant and tell us what you see, hear and experience at info.india@actionaid.org

In an increasingly globalised, capitalist world, enhanced connectivity and communication across borders and cultures can have various unequal consequences. Although the global exchange of goods, services and ideas have led to many progressive developments, when these have been fueled by a loosely-regulated financial system of capital flows and wealth consolidation, they have perpetuated various structural and social inequalities, thereby dispossessing the marginalised.

Economy has been at the core of such international relations and exchanges. The production, distribution, trade and consumption of goods, services and money have led to the formation of various global economic policies. These policies would govern decision-making around public concerns such as the amount of taxes to be charged, the individuals who are required to pay them, the nature of public services that should be provided with the taxes, and the types of social protection policies that need to be formulated for people who are unemployed, pregnant people and women and girls who are marginalised through the prevailing gender inequality in this patriarchal society.

As nation-states grew across the world, various international organisations were formed to make this globalised world fit into a framework, where the differences in wealth, historical forms of oppression like colonialism, contemporary capitalist anarchy and the fight for human rights for all citizens of the world were to be debated, discussed and deliberated on these so-called ‘neutral’ platforms. The platforms were meant to alleviate the problems of poverty, resource distribution and gender inequality in developing and under-developed nations. The formation of international organisations can be traced back to the need for greater international cooperation and for providing countries an equitable say in global affairs, yet these organisations in many ways have preserved and reproduced hegemonies, including that of private financial capital over government investment in public services.

Economic and financial policies are not devoid of differential gendered impacts. Since in a patriarchal social structure, men have relative advantages over decision-making powers and are often perceived as ‘entitled’ to more resources, such policies disproportionately affect women and girls who are already exploited by unpaid house and care work and repressed by social norms which make them more susceptible to everyday forms of harassment, violence and injustice. This results in persistent economic inequalities between men and women and gives rise to various violations of women’s economic rights. The push for privatisation of public services made by these inter-governmental/multilateral bodies to favour the interests of powerful corporations have led to multiple negative impacts on local-level, gender-responsive public service (GRPS) provisions for women and girls such as access to affordable food and household items, paid work, water and sanitation, childcare, healthcare and education.

This is because of the overwhelming amount of influence and power they exert over local, regional and national governments. Despite the fact that our governments, as a part of these membership organisations, have committed to certain developmental goals such as the Universal Declaration of Human Rights, Convention on the Elimination of all forms of Discrimination against Women (CEDAW) etc., they have failed to negotiate with big businesses and global organisations to ensure that the demands and concerns of women are addressed effectively.

Why Are Gender Responsive Public Services Important For Girls and Women?

Our governments adopting these global economic policies have majorly affected the rights and the lives of young women belonging to different communities by shaping national-level policies in a way that it extracts an unfair amount of taxes from women, yet spend very little of it on providing women and the marginalised population with good quality public services.

For example, take the following image. What we can see here is that the decision of officials to privatise water, and is an attempt to create a system where water, which is a basic right to every citizen in this world, is sold through private companies or private service providers, who would in turn have introduced water tariffs for the citizens making it more expensive for consumption. Countries like India, South Africa and Ghana which have suffered a colonial past are now facing new kinds of colonialist forces exerted by largely government-funded and government-nominated representatives in decision-making roles through such policy making processes, whereby policies from organisations from these international financial organisations are dictating the national and local level public service strategies.

It is here that we need to recognise that within these countries, the racial, gender and caste minorities are the population which will be impacted negatively the most. In the case of India for instance, water has been a tool for gender as well as caste-based discrimination. Here, women have been central in performing housework where water becomes an indispensable resource in their everyday chores. Lower caste people, particularly Dalit, Bahujan and Adivasi women, often face caste-based prejudices when they try procuring water, especially in rural settings where the water resources are controlled by upper-caste people. What demands emphasis here is that, these socio-culturally oppressed groups face inequalities at multiple levels from international economic policies, from private companies and from their immediate caste-divided surroundings in India, which already has high levels of poverty and numerous humanitarian crises.

Needless to emphasise, even during the current global humanitarian crisis of COVID-19 pandemic, these discriminatory global economic policies have adversely shaped public services for young women. A study found that in low and middle income countries, 92% of  the informal sector is represented by women who work as domestic workers or street vendors who are not given provisions for social protection. Young women have been the worst affected group during the job crisis in a pandemic-hit world. Adding to the burden of food security, healthcare and income and the escalating violence against women such as domestic abuse, sexual assault and rape, these global financial policies have only proliferated gender inequality in an economy which has been historically and essentially male-dominated, patriarchal and prejudiced against women and their work.

What this does in turn is, it creates a vicious circle of inadequacy, whereby the burden of care and care work, housework, childcare etc. hinder young women to participate in public spheres of education, employment and most importantly in governance and decision making bodies.

Collective Action and The Way Forward

The move towards becoming a global citizen in the 21st century has been encouraged whereby people all across the world are connected through international economic, financial and political policies. However, like most other forms of governance, the global citizenship framework too has been one of passive participation. It is extremely difficult to access these policy spaces, and even if one is able to access them, it is not easy to comprehend their functioning and to establish connections between the global and the local. It is also difficult to make these institutions respond to people’s demands as national governments are unresponsive themselves. People are treated as ‘subjects’ of these policies. These policies, proposed by organisations, do not account for young women and girls and their everyday concerns around public service provisions—which have the potential to promote gender equality and women’s rights—when they chart out blueprints in their safe, well-resourced offices.

They continue to create an impression of policy making in the public interest while excluding people on whose lives these policies will have massive impacts. Yet they usually prioritise interests and sustenance of private companies over the survival of young women, especially in countries where there already exists a relatively bigger gap in resource distribution and an oppressive socio-cultural status quo. Even though such membership organisations of different countries are paid for by our taxes, there is very little sense of accountability and responsibility towards the demands, needs and grievances of the people they are catering to.

If we want to aspire for gender equality and women’s rights, we must understand these concerns of global politics and chart out plans for collective citizen action which will insist on prioritising funds for public services, rather than creating a network of privatisation. To tackle these global organisations and their oppressive policies, young women must be sensitised around how global economic policies work, how our national and local governments negotiate with these organisations, whether these economic policies take women and their narratives of marginalisation as central to decision-making and if not, how young women and feminist organisations can intervene in challenging these oppressive economic policies.

Further, it is important to also understand that formulating economic policies are not enough to ensure gender equality. The holistic development of young women and the minorities can be achieved only when all social sectors—education, employment, health and sanitation—are concurrently addressing concerns of gender inequality and are working together towards securing women’s social, economic and political rights. The quote below describes the need for an all-encompassing social development, rather than simply providing a facility. It shows us that even if governments are able to negotiate with organisations to impart health facilities, other kinds of disenfranchisement experienced by women from poor communities hamper the efficient utilisation of public services.

It Is Time We Normalised The Stay-At-Home Dad

Family fii-author - February 16, 2021 0
If the concept of stay-at-home dad is normalised in India, and women, voluntarily, take up the role of the breadwinner working an external job, progress in terms of challenging gender dynamics could be ensured.

Cinema fii-author - February 25, 2021 0
Anupama is a powerful story, told from a female gaze, and Hrishida provides a nuanced and layered perspective to Uma’s character and Ashok’s enabling role in her life.

Mental Health & Wellness guest - February 17, 2021 0
The lack of emphasis on sex education, awareness around menstrual hygiene and management and the even lesser attention given to the repercussions of menopause in our society clearly needs to be radically questioned and changed.