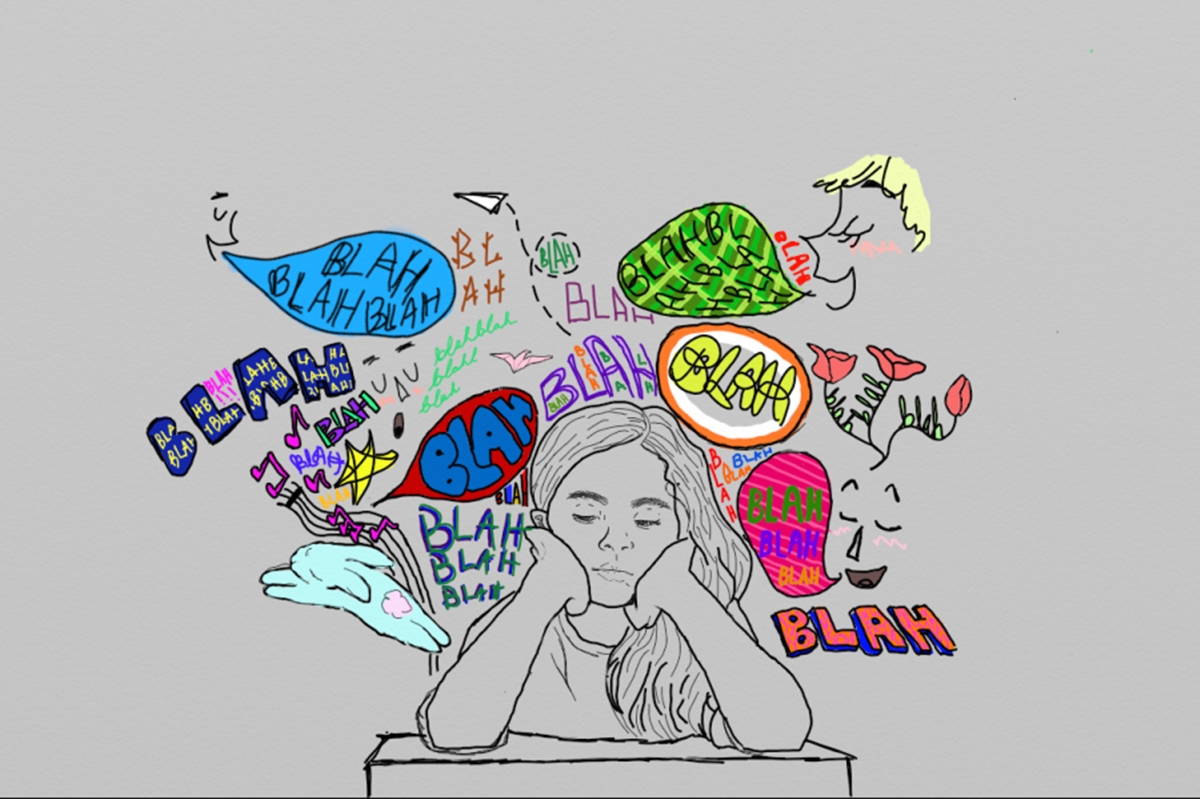 Socially-crafted viewpoints and clinically-apt notions have been constantly repelling each other since the beginning of time. This conflict often leads to the emergence of taboos, stigmas and  misinformed conclusions. Two very integral components of society: mental health and feminism have been misconstrued time and again, solely due to the misinterpretation of it.

Feminism establishes the need for equality across all genders. Intersectional feminism aims at establishing feminist beliefs and practices across all dividends in society. The belief that patients diagnosed with mental health disorders are “attention seeking” and “incapable of growth” is a result of regressive dichotomies made between mental and physical health: claiming that only the latter is necessary. Mental health advocacy engulfs concepts of positive psychology, mental well-being, acceptance and seeking psychological help- however, taboo-centric belief systems cloud these facets. Even more so, stereotyping depression, anxiety, autism, ADHD etc. has detached the clinical coherence of a psychological disorder.

In the era of intersectional feminism, understanding the confluence of mental health and gender is more vital than ever. Sigmund Freud crafted the psychodynamic perspectives on personality and its development that truly laid down the foundation of psychological research (revised) as we see it today. While his work has been accredited as some of the most invaluable contributions to psychological research, it has received its fair share of controversy as well. Moreover, the basis for most Freudian research and experimentation was done taking only the male prototype into account.

Attention Deficit Hyperactive Disorder (ADHD) as per the DSM-5 is a “persistent pattern of inattention and/or hyperactivity-impulsivity that interferes with functioning or development.” If a picture of a young boy fidgeting or jumping across the room comes to your mental frame every time ADHD is mentioned; I hate to break it to you but that’s the stereotypical notion of ADHD that’s been fed to you. This stereotypical viewpoint doesn’t seem problematic until one really delves into the nitty-gritties of its harmful aftermath—the sweeping generalisations.

Let us dissect every aspect of this stereotype: young— the age criterion since ADHD is generally diagnosed and treated for during childhood; boy— validating the 4:1 ratio with respect to girls thereby indicating its prevalence; Jumping around/fidgeting— only enunciates on the hyperactivity disorder (HD) aspect of ADHD.

What does one deduce from this? This stereotype has so many limitations and hence, it is important to analyse every aspect with respect to societal conditioning of both men and women.

From a very young age, women are told to be more submissive, reserved and conscious of the way they portray themselves. The conventional view of hyperactivity is difficult to gauge within women because of this conditioning—which means; they tend to suppress or “mask‟ their symptoms of hyperactivity and therefore it goes undetected. Secondly, they tend to display more traits of rebellion, talkativeness and intellectual impairment only in their adolescent years. These traits are often just shrugged away as “typical teenage behaviour‟ and therefore it goes undiagnosed, which have serious hazardous implications.

The masking of symptoms therefore goes undetected by the parents, family members or friends of the girl diagnosed with ADHD. The 4:1 ratio doesn’t signify the prevalence of the disorder per say, rather the detected diagnosis of it. Secondly, a man’s societal conditioning equips him with no barrier in expressing symptoms of ADHD which is why they are diagnosed more than women.

This ascribes to only the “Hyperactivity-Impulsivity‟ aspect of ADHD, completely ignorant to the “Attention Deficient‟ aspect of it. Attention deficiency can morph into intellectual impairment, social awkwardness/ anxiety, emotional turmoil and poor academic performance and girls tend to display more symptoms of the same.

Now, why should one neglect these socially-crafted viewpoints of ADHD and adhere to more clinically-apt ones?

When ADHD goes untreated or isn’t given the medical attention it requires, it becomes difficult for the individual to cope with it—especially when no explanation is provided for the same. This explains the unfortunate high suicide rates affiliated with untreated ADHD in women. It is ironic how the diagnosis is more prevalent in men but the untreated diagnosis of suicidal prevalence is more in women. Therefore, bearing the implicit and explicit symptoms of ADHD in mind- it’s important for us to change this narrative around it.

Societal conditioning is a two-way street; depression affiliated suicides among men is much greater than that of women because the indoctrinated masculinity sets a standard of “macho-ism‟ that is implausible to live up to. Men bottle up their emotions because any hint of expression is considered weak and a sign of fragility which opposes their macho stereotype.

These were just two examples in which an individual is conditioned deeply affects their mental health. With the persistent stigma around mental health in India, introducing the intersectional aspect of it can seem like a tedious task. However, unlearning regressive beliefs and transitioning to adhering more clinically relevant ones can bring about significant change.

Additionally, the research conducted is only based on binaries and therefore explicitly disregards trans, non-binary and gender-fluid individuals which is a gross violation of representation in society as we see it today. There is so much ground to cover in terms of making society a more inclusive place for the LGBTQIA+ community, therefore abolishing the heteronormativity in the psycho-social context is also important.

When two of India’s biggest problems: sexism and mental health stigma are interspersed; a million questions are put forth with respect to it. We have come a long way, but we still have a very long way to go in establishing a stigma-free environment with respect to mental health.

Tarini Ravi Kumar is a first-year undergraduate student at FLAME University, Pune. Some of her keen interests within psychology include cognitive neuroscience and understanding the autism spectrum. She is also a certified cat meme enthusiast and believes in compatibility via music playlists. She can be found on Instagram and you can check out her Psychology-mental health advocacy page here.

Communalisation Of COVID & The Misleading Idea Of ‘Corona Jihad’

Media Watch fii-author - February 2, 2021 0
Bebaak Collective compiled some of the stories and narratives on communalisation of Covid in India and produced a detailed report.

LGBTQIA+ fii-author - February 5, 2021 0
There is a very narrow understanding of trafficking where people believe that only young girls are trafficked. There is no mention of trans children being trafficked.

Cinema fii-author - February 1, 2021 61
Why only Tandav, when we are so committed to a “Sanskritik Swachhata Abhiyaan”, why not just pull everything out of Pandora’s box, trim the hurtful ends and put out the squeaky clean pieces on display?