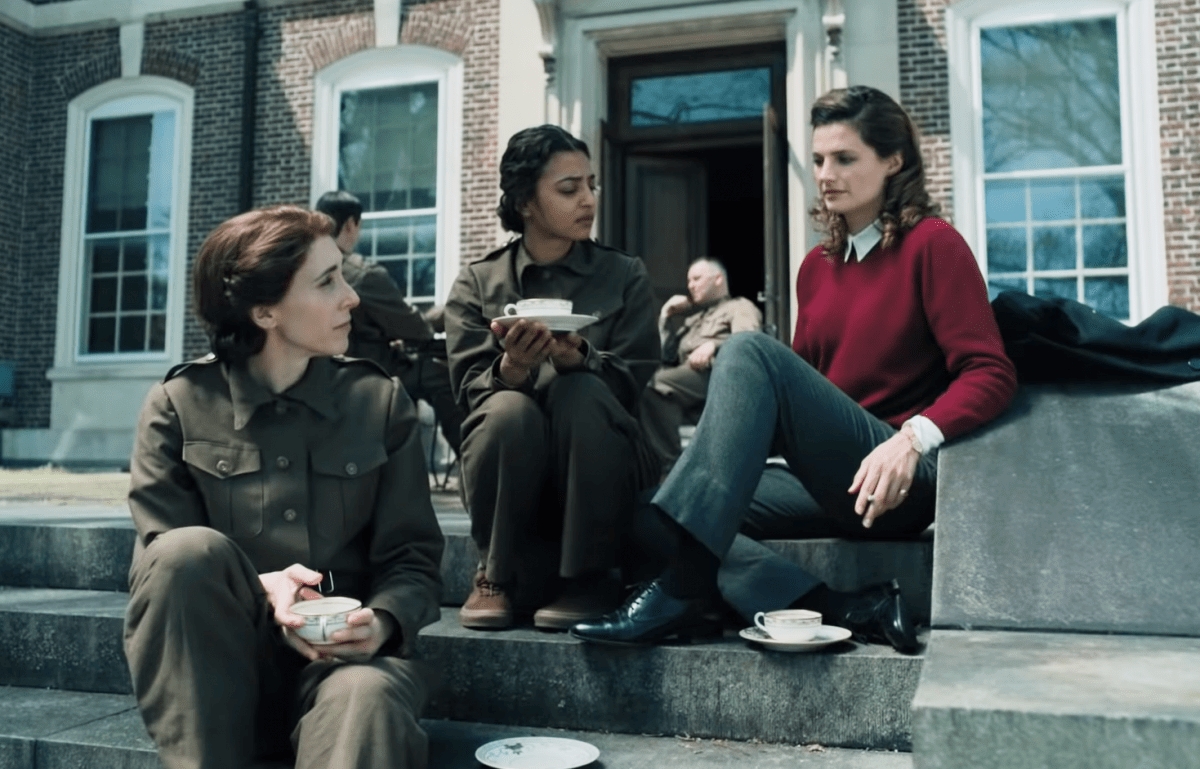 The active deconstruction of patriarchal myths around women is the major goal which the feminist film theorists as well as filmmakers set to achieve. An attempt to decipher the societal gender-based conditioning creates the major difference in the development of a film and viewership of the same. This is largely examined with respect to the mental frameworks where the actual representational divide occurs.

Before discussing Feminist film theory, the very idea of feminism needs to be discussed. The advent of Feminism has created an extensive impact on the conception and practice of patriarchy. However, the multiplicity of its ideological conventions makes it much more than a singular movement. There are largely three waves of feminism in the West—the first being the Suffragette movement in the early 1900s. The second wave came to be known as Radical feminism and finally, the third wave is known as the third world feminism.

The all-encompassing role of the second wave of feminism on the development of the feminist film theory and criticism is crucial. Cinema is known to be a cultural manifestation, representing myths about femininity as well as about masculinity. As Virginia Woolf has rightly argued that men are portrayed in terms of their masculine power. Hence, their identity as an individual is always disillusioned and recognised mostly in relation to their male counterpart.

Different critics have defined feminist film theories differently which further provides an array of varied understandings. Laura Mulvey, for instance, in her path-breaking essay, Visual pleasure and Narrative of Cinema says, “That a woman is always the object to the subject of the man. This binary opposition is established by the structuring of the narrative, and the use of the camera (movements and angles) help in fixating and strengthening this position.”

The positioning of women in the films do not occur for the mere conventionality of the narrative but to locate the man and his masculinity as the supreme source of power; the woman is merely shown as an agent of fantasy and sexual pleasure.

In light of this argument, we can go ahead with understanding the first stage of the feminist film theory which came up largely during the second wave of feminism in the early 1970s. The debate diametrically shifted from class to gender and through the lens of the patriarchal construction of women. Under the genre of Melodrama, substantive feminist criticism was hurled at the stereotypical projections of women and the camouflaged prejudiced notions, available mostly under the classical Hollywood narratives.

Linda Williams in her essay, When the woman looks, talks about the concept of ‘Blindness’ where the female protagonist is not allowed to return the gaze of the male protagonist for that would seem to move beyond a woman’s limitations.

Even Bollywood films aren’t devoid of such objectifications. The women characters are either portrayed at one extreme as a doting mother, a loving wife and a ‘bahu’ who is busy serving others and fulfilling the familial requirements. On the other extreme, she is portrayed as a vamp who wants to bring havoc in the society. However, it is ironic that this very negative character seems to have her own standpoints and is not hesitant to showcase her sexuality or voice herself.

In the film, Insaaf Ki Devi (1992) we see the explicit objectification of women. Pinky’s husband wants her to sleep with some other men. However, her fierce opposition leads to her fatal murder by her husband. In response to this, Pinky’s mother Sadhna sets out to take revenge. This film has gained immense critical acclamation for the portrayal of powerful women characters. Nevertheless, the stereotypical imageries and misogynistic viewpoints still overpower the male gaze.

One of the prominent examples of this kind of portrayal can be seen in the movies of Hitchcock who has often been criticised for quite explicitly establishing the fact that the ‘woman’ needs to be punished for asserting her character. In Rear Window (1954), we can see Lisa’s characters, though sophisticated but hardly shown in terms of her individual choices and actions. On the other hand, Miss Lonelyhearts who is a dancer is showcased as a character in terms of her sexual appeal, deliberate camera work and the male gaze of the protagonist tends to raise brows for her flamboyant outlook. Laura Mulvey, in classic cinema voyeurism, connotes this tendency against women as ‘to-be-looked-at-ness.’

The second wave of the Feminist film theory dates back to the mid-1970s to early 1980s. Feminist critics tried to understand the all-pervasive power of patriarchal imagery with the help of structuralist theoretical frameworks such as semiotics and psychoanalysis. These theoretical discourses have yielded fruitful results in analysing the ways in which sexual difference encoded in the classical narrative.

Films like Aurat (1940), made in Bollywood, tried to subvert these patriarchal ideas to some extent. It is about a woman who worked her entire life to raise her children. The time when women were supposed to restrict themselves to the kitchen, these women fought the entire society boldly.

Conventionally, in most tropes, patriarchal viewpoints are contested in the beginning but finally, the woman has to give in to the societal pressure. Critics have often argued that, for the fear of the masculine, maintaining dominance is the prime goal. The example of Film Noir, wherein the concept of Femme Fatale becomes highly controversial elaborates this further. Mary Anne Doane coins the concept of ‘veil of desire’. She states in her book Femme Fatales, “When the symbol of the veil is activated in the service of the representation of the seductive power of femininity, it simultaneously conceals and reveals, provoking the gaze.”

Also read: The Fetishisation Of Lesbian Relationships In Cinema And Pop Culture

In the film Double Indemnity (1944), we see the female character coming outrightly to showcase her sexuality which further sets the entire action of the film. She is seen to have seduced Walter who then plans to kill Phyllis’ husband. However, the circle of crime and power revolved in such a manner that the woman had to die at last. My argument comes largely against this negative portrayal of women who tend to assert themselves and set out to make their life choices. Such plot points reflect on the regressive ideologies of the society.

Moving on to the third stage, we see that this stage talks about the different socio-political factors which override the spectator film. This essentially creates a multifold dynamics of the film and audience relationships as the audience is not at a single entity and is very much heterogeneous. As Laura Mulvey states, “There are three levels of the cinematic gaze; camera, character and the spectator that objectify the female character and make her into a spectacle.”

Herein, the practice of feminist counter cinema comes in, which tends to sway away from the conventional notions of filmmaking and narrativisation. Feminist filmmakers see these films as an avant-garde that would essentially free the look of the camera and create a space for masculine detachment. Prominent counter films like Thriller, The Gold Diggers etc. seek to critically question the patriarchal image of women and the related myth.

Another important aspect is that the conflict doesn’t lie between men and women but the way they are placed in the larger framework of power relations. Hence, both the film and the spectator is contesting a power play.  Judith Mayne states, “It is precisely in exploring female spectatorship that feminist film theorists have challenged the dichotomy.”

In conclusion to this long drawn debate, we can overtly infer that the revolutionary underpinnings of the feminist film theory grants an identity to the side cast woman and brings her to the fore on the celluloid. Though even in the contemporary times, various male-centric codes and conventions are to be shunned however the emergence of women filmmakers, the multiplicity of viewpoints and expansions of the women’s space both on the screen and in terms of the spectatorship, signify women’s successful struggle of self-representation on the silver screen.

Arpita Chowdhury is pursuing English Hons. with a minor in Journalism from Lady Sriram College for Women, Delhi University. She is the founder of Jazbaat Foundation and a Girl Up community lead. An avid writer with numerous publications on National and International-level platforms such That University Student, UK, Hindu College Gazzette and Jabberwock, LSR. She is an advocate of youth leadership and women empowerment and has written numerous blogs and articles on related issues. She is also a public speaker. You can find her on LinkedIn, Facebook, Instagram and Twitter.

What Are The Ways In Which Global Economic Policies Affect Local Gender Issues?

Video: Queer and Trans Representation In Our Films

Cinema fii-author - January 20, 2021 0
Check out this video where we talk about the good, bad and the ugly of queer and trans representation in Indian cinema.

Books fii-author - February 23, 2021 0
The tale of a woman told by a woman enlivens the vastly unknown story of Jindan by intriguingly blending fact and fiction into novel, The Last Queen.

Science & Technology guest - January 22, 2021 2
The pandemic normalised ‘Work from Home’ (WFH) in the tech-industry. Women-in-tech in India have been ‘rehabilitated’ to domestic spaces.